PresentationPoint’s founder and CEO Kurt Dupont started his career as a developer at Brussels airport in 1992 where he worked in a team to build a central airport database with all shared information. This central system was the core of the airport IT and all companies and departments working at the airport were connected to it. Some users were actively updating and feeding the database with real-time data. Other companies were just listening and using the real-time data. Typical data that was found in the database was flight planning, real-time flight information, passenger numbers, and resource allocations like check-in, gate, parking, aircraft, etc.

At an airport, you can see that real-time data as a passenger on those thousands of information screens that you typically find at larger airports. But also in the terminal, the staff is using those screens behind the scenes to manage your flights and luggage.

Next to those information screens, there is also something related to the screens, and can (still) be found at many airports. A large blackboard at the entrance of the terminal. Large as maybe 50 television screens but showing flight information too. Those are not televisions or displays, but that is a split-flap boards with mechanical modules, one module for every character or symbol on the board. On such a split-flap module, you have a sort of carousel of all possible characters that can be shown. All characters from A to Z, also accompanied by all numbers from 0 to 9, and add some special characters like !@#$%, etc.

You might think that this split-flap board is old technology, and it is. It is the ancestor of the current television screens with flight information. FIDS this is called: Flight Information Display System. But airports and train stations are still using that technology because it has a few advantages.

For many years Kurt wanted to rebuild or simulate this mechanical split-flap board for televisions. Of course not to replace that mechanical board at all, but more a fun thing to bring that same look and feel of that split-flap board to more locations (trendy bars, coffee shops, hotels, lobbies, etc) by just using (how ironical) a television screen.

Split-Flap TV is inspired by the real split-flap boards that you can find at airports and train or bus stations. 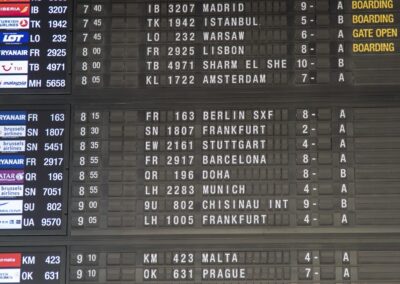 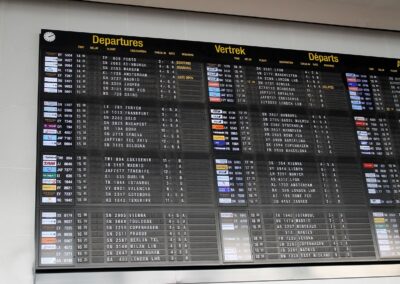 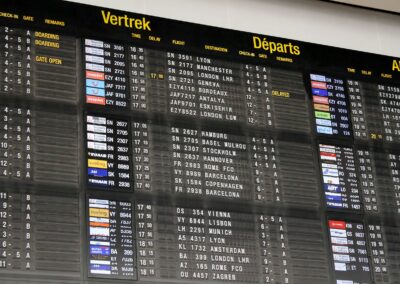 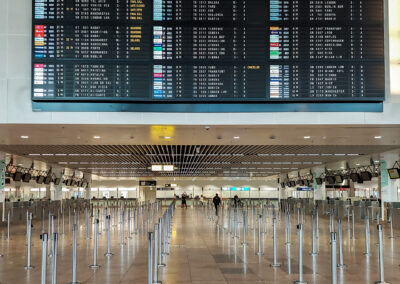 How does it work?
Our shop